Capital Ward, or Ward 17, is divided into thirds by the waters of the Rideau Canal and the Rideau River. Hugging the south shore of the Rideau River is an expanse of lush greenery, including Vincent Massey Park. This park landscape winds its way along the boundary’s edge of Ward 17 and offers its residents, from both affluent and low-income neighborhoods, respite from their urban surroundings. Among the various gatherers who share this space are crowds of Canada Geese who graze on the well-trimmed park grass, like flocks of sheep or cattle from earlier times. Not quite wild, not quite domestic, they are members of this community.

Through her five-part photographic mural, The Grazers, Vivian Törs creates a bright and humorous work that steers our attention to life at the edge of Ward 17. With this unexpected imagery, Törs focuses on the iconic Canada Goose and formally acknowledges their presence on this landscape, for better or for worse. The work also draws reference to rich symbolism. Bird migration, for example, marks a seasonal transition, a shift from one state to another, or a stage of growth and of renewal. The geese are also a metaphor for shifting neighborhood demographics. As a result of densification there is an uncertainty and an instability brought on by urban development. Just as the residents come and go, so do these Canada Geese who mimic this transience as they both assemble at, and depart from, the Edge of (Ward) 17.

About the Artist: Vivian Törs is a photo-based artist born in Montreal to Hungarian refugee parents. She learned the value and fragility of freedom from an early age. The responsibility of remembering and acknowledging the lessons of the past deeply informs her work. Törs completed the Photographic Arts and Production Diploma at the School of the Photographic Arts: Ottawa (SPAO), and a Bachelor of Arts (Honours) degree in Art History at Carleton University. Her work has been exhibited in Ontario, Québec and New Brunswick, and she has been awarded grants from the City of Ottawa, the Ontario Arts Council, and the Canada Council for the Arts.

About the Outdoor Project Wall: For the inaugural Outdoor Project Wall instalment, Ottawa-based artists were invited to submit proposals that interpreted the theme “Edge of 17”, a reference to SSO’s physical location in Ward 17. This offered artistic investigations of place and belonging, boundaries and barriers, states of flux, or expansion and growth. Also, “Edge of 17” denotes a coming of age which prompted artistic responses about ritual and ceremony, rites of passage, ending and beginning, a juncture or the in-between. An arms-length jury of professionals from the Ottawa Visual Arts Community selected the featured project from the submissions.

Studio Space Ottawa gratefully acknowledges the financial support of the City of Ottawa. 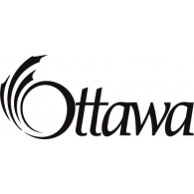